Politics. What a good way to spoil a party.

Yesterday British people had the opportunity to elect their local government leaders. In , undoubtedly the most prominent election that took place was the mayoral one: the battle between “Buffoon” Boris Johnson the incumbent and “Red” Ken Livingstone in an attempt to reclaim his seat at City Hall. The votes are still being counted as of today. 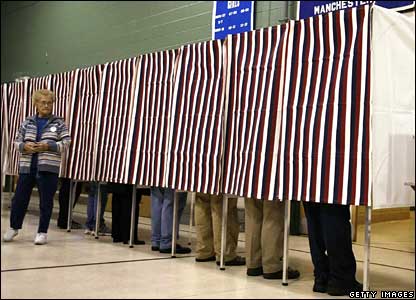 I have friends who shout from both ends of the political spectrum. A quick trawl through my social networking yesterday and I could easily find both “BACK BORIS” and “SACK BORIS” as well as “Anyone but BoJo” and “Not Ken again”. My own political opinions aside, these people are exercising their free speech and voicing their opinions, which is of course fine. But among those very same pages are other comments I’ve seen which remind me that I have a growing problem with another kind of people: those who don’t vote.

A lot of my friends do, don’t get me wrong. Some of the comments are “Just voted, make sure you do too!” or even “I just voted, though I’m getting tired of the whole thing.” But some people simply refuse to vote. I’ve heard many excuses: “My one vote won’t make a difference.”, “I can’t really stand any of the candidates.”, “I don’t have time.”, “Oh it only encourages them”, etc. etc. ad nauseam. And then the BBC came out with a [link] report today saying that only 32% of the population actually voted, which is the lowest figure since 2000.

What? WHAT!? This baffles me. How is that supposed to be an accurate representation of what people want? From this, the people who get into government may simply be the candidate who got the most people into the polling station. 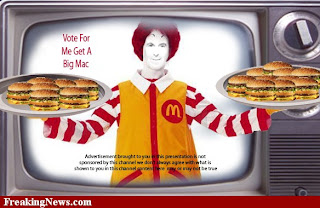 Now, I completely sympathize with people who call themselves apathetic towards government in general. But that’s no excuse to be lazy. These are the people who make decisions that directly affect your life. If you are not happy with the decisions, not voting seems hardly the best way to do something about it. My point is, if you choose not to vote, you have no right to complain about what the government does. Or about the people in government.

You may be asking, Wow, Jon, why do you feel so strongly about voting? Well let me tell you. In , where I’m originally from, there is a very rare event taking place that stands to alter the state’s political landscape. Arguably the whole of is watching us to see how it’s all going to turn out. In 2010, the citizens of elected a new governor by the name of Scott Walker. In that election, voter turnout was approximately 50%. Within his first month as governor, Mr Walker passed controversial measures that subsequently angered enough Wisconsinites that massive protests were held in the state capital and he is now under threat of being removed from office via a recall election. You may have heard of this.

The recall election is set for June 5th. In all likelihood I will probably still be in at that time (What, you think I’m going to miss the Diamond Jubilee?), but thankfully Wisconsin has a helpful measure that allows residents to apply for an absentee ballot no matter where you live (unless they’ve registered to vote in another area). This means I can vote by mail, and I’ve done this before. However, because I have been living in London for over 5 years, my residency status is in question, and it may be possible that due to a technicality I won’t be allowed to submit an absentee ballot and therefore will not be allowed to vote in this once-in-a-lifetime, important election. I’m still trying to sort this out.

Also, as I am an American citizen, and not (yet) a British citizen, I am not allowed to vote in ANY election here in the . European citizens who reside here are, but not me, even though I’ve lived here long enough to be eligible for citizenship. 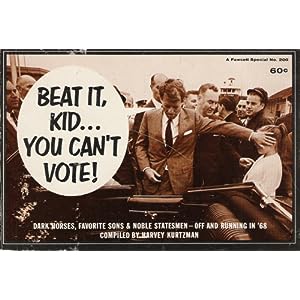 So people who tell me they’re too busy to vote or don’t want to because it’s pointless really get my goat. If you think your one vote doesn’t matter, then you’re not looking at the bigger picture and you need to get out of your bubble. I won’t even start talking about parts of the world where people aren’t allowed to vote.

In my ideal world (i.e. if I were president of the universe) I would make it against the law not to vote. If you don’t, you are not allowed to receive benefits or any sort of advantage from the government (though you must still pay taxes). You may choose to abstain from voting for any particular candidate, but you must go to the polling booth and actively decide that. You cannot simply stay at home.

As easy as it is to be apathetic towards politics, I’ve learned that it is an unavoidable part of life. Yes, I know that there are many things wrong with politics today (as there ever have been), but choosing not to take part in democracy is no way to change that. No, not everyone has to be an activist or a lobbyist or whatever. But everyone should do the least they can do and take a few minutes of their day and tick a few boxes. Come on, , 32% is pitiful.

Popular posts from this blog

How to Survive Self-Isolation If You're an Extrovert

Nine Tips to Help You Stay Sane While Social Distancing These are strange times indeed. The hot new term this month was "social distancing", and though the thought of self-isolation can be unpleasant for anyone, it's especially difficult for extroverts: those of us who require social interaction as a necessary part of human existence. Let's be clear: when it comes to extroversion and introversion, everyone is a little bit of both and everyone can tap into different modes depending on the situation. But everyone also has a preferred method of operation which comes naturally, and I'm sure you know instinctively which you are. Extroverts, generally speaking, feel more comfortable in the company of others, tend to have large circles of friends or acquaintances, and are usually seen as sociable by others. Social distancing is the antithesis of how an extrovert functions. And now, to top it off, most parts of the world are requiring people to stay at home and seve
Read more

How young is too young to talk about gays?

- March 01, 2013
Those who know me well know that I occasionally do freelance admin work for a man who runs his own business (a legal consulting firm) from his house. The setup is nice: I go in whenever my schedule allows it and organise the crap out of his office, calculate his expenses, pack away his old files, etc., and then invoice him at the end of the month. Sometimes, when my weekdays are especially busy with other temp work (an actor has to eat), the weekends are my only opportunity to stop in. One particular Saturday, when my work kept me late into the evening, George and his wife Jessica informed me that they would be hosting some neighbours for an indoor cookout and also to watch some big important match or something on telly. I said that it was fine, as I’d be tucked away in the office upstairs, and maybe I’d join them for a burger once I was finished. So I got to work, sat at the computer clicking away with my iPhone plugged in and playing music to keep me focused. Jessica, in her pe
Read more